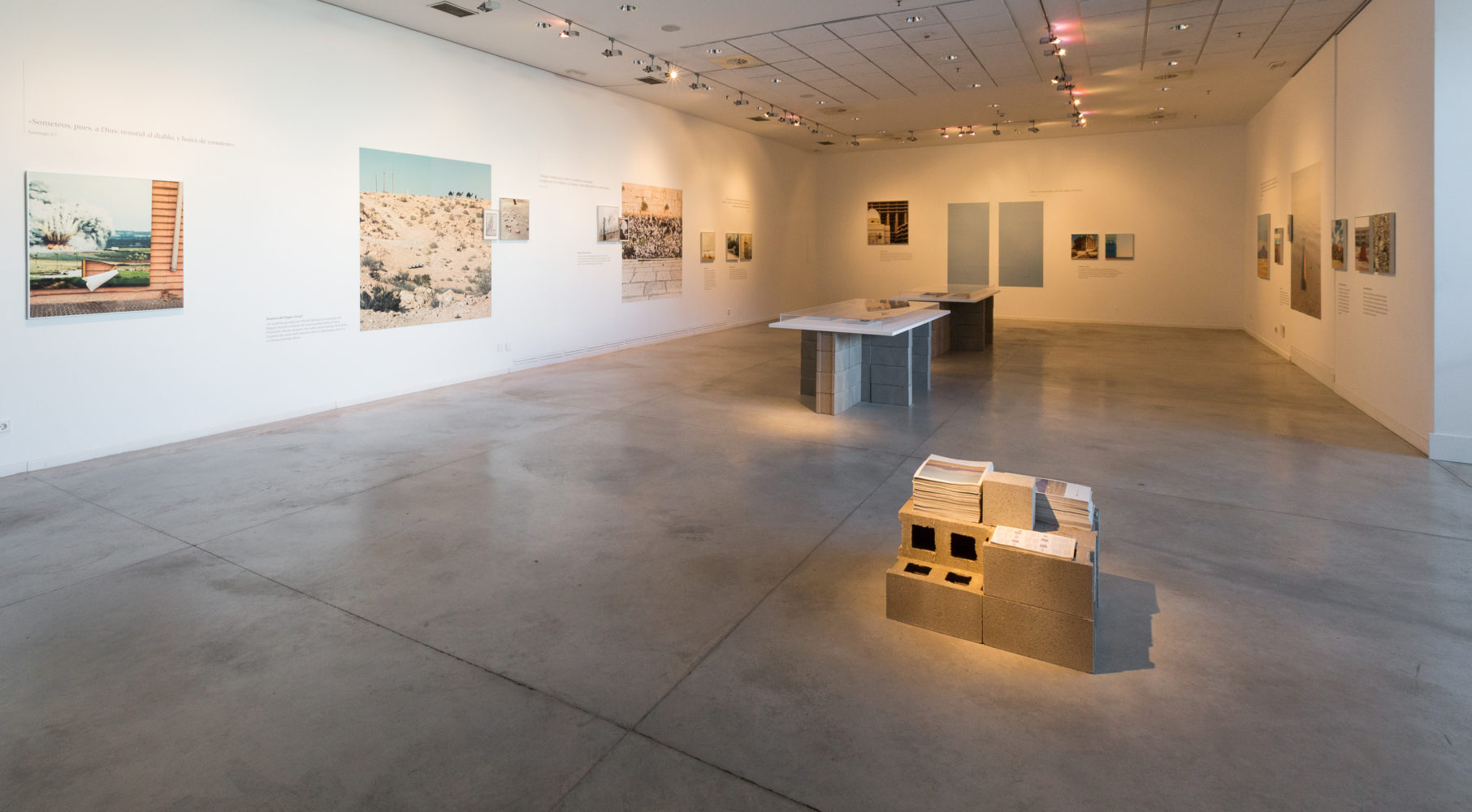 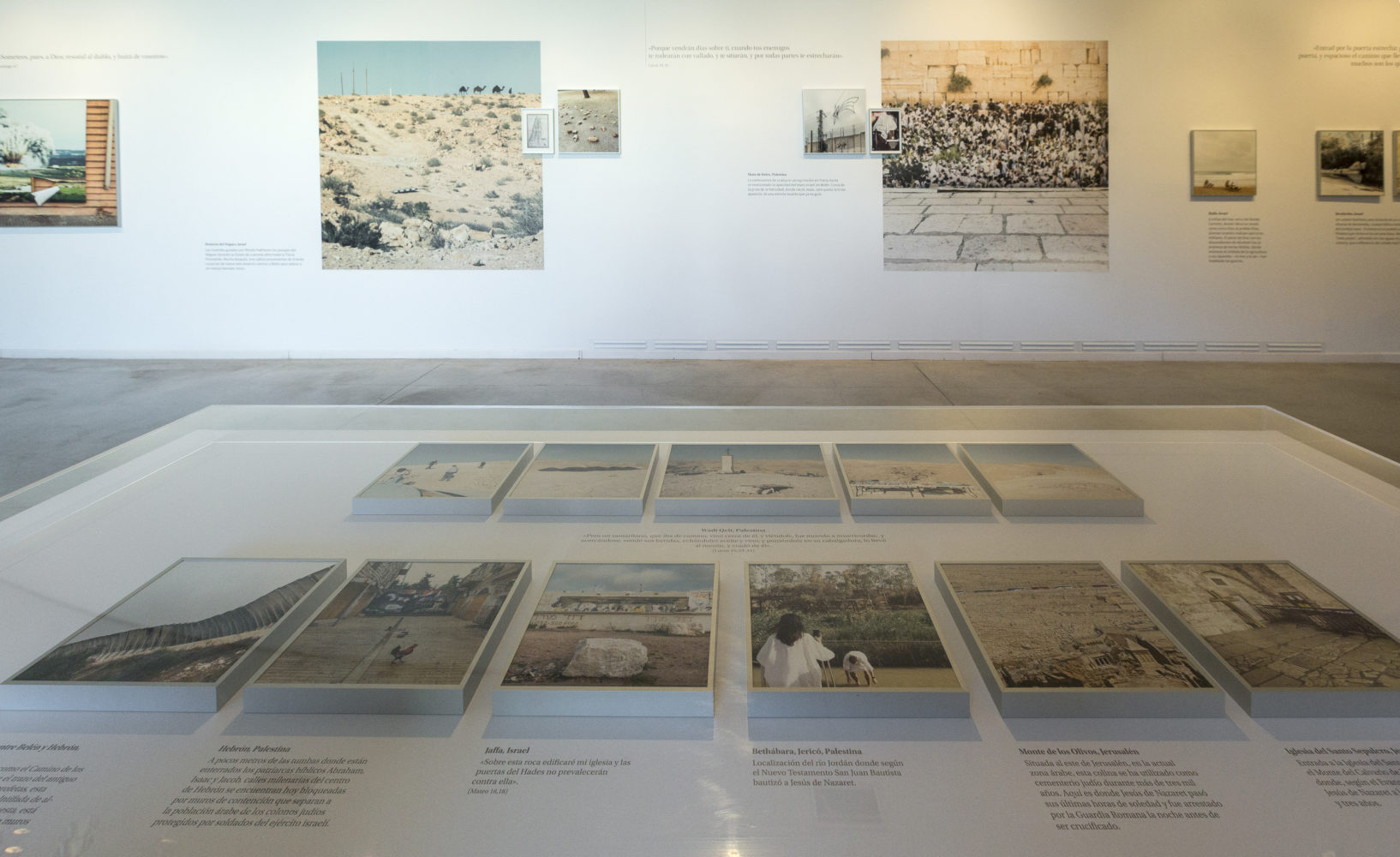 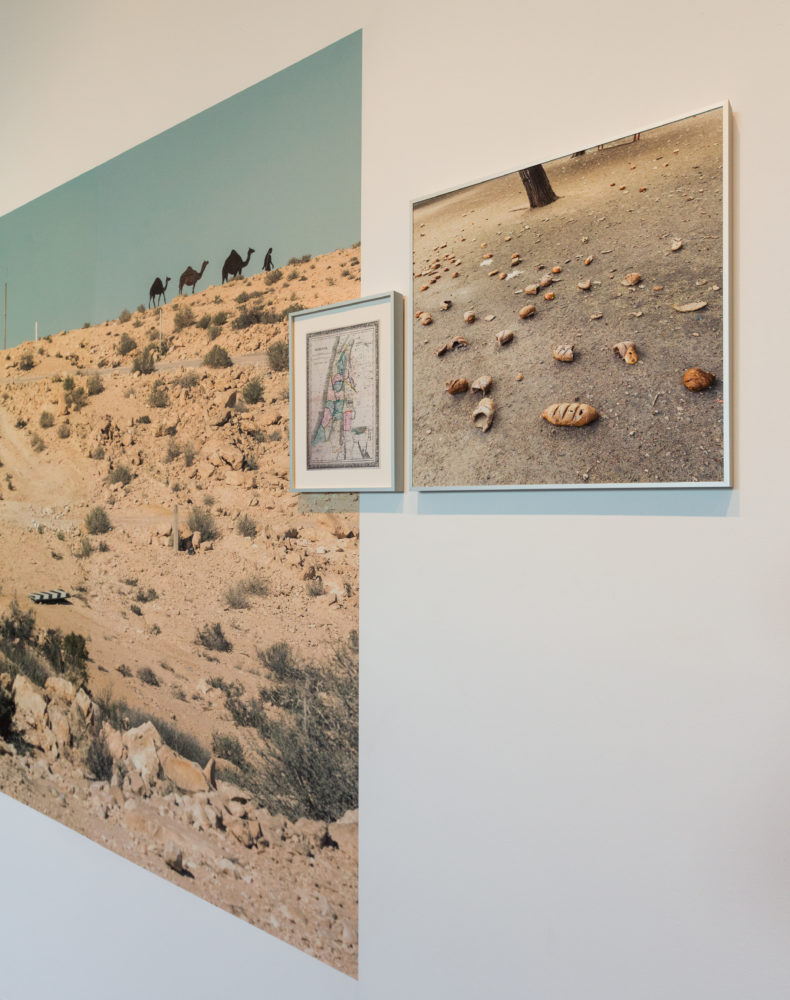 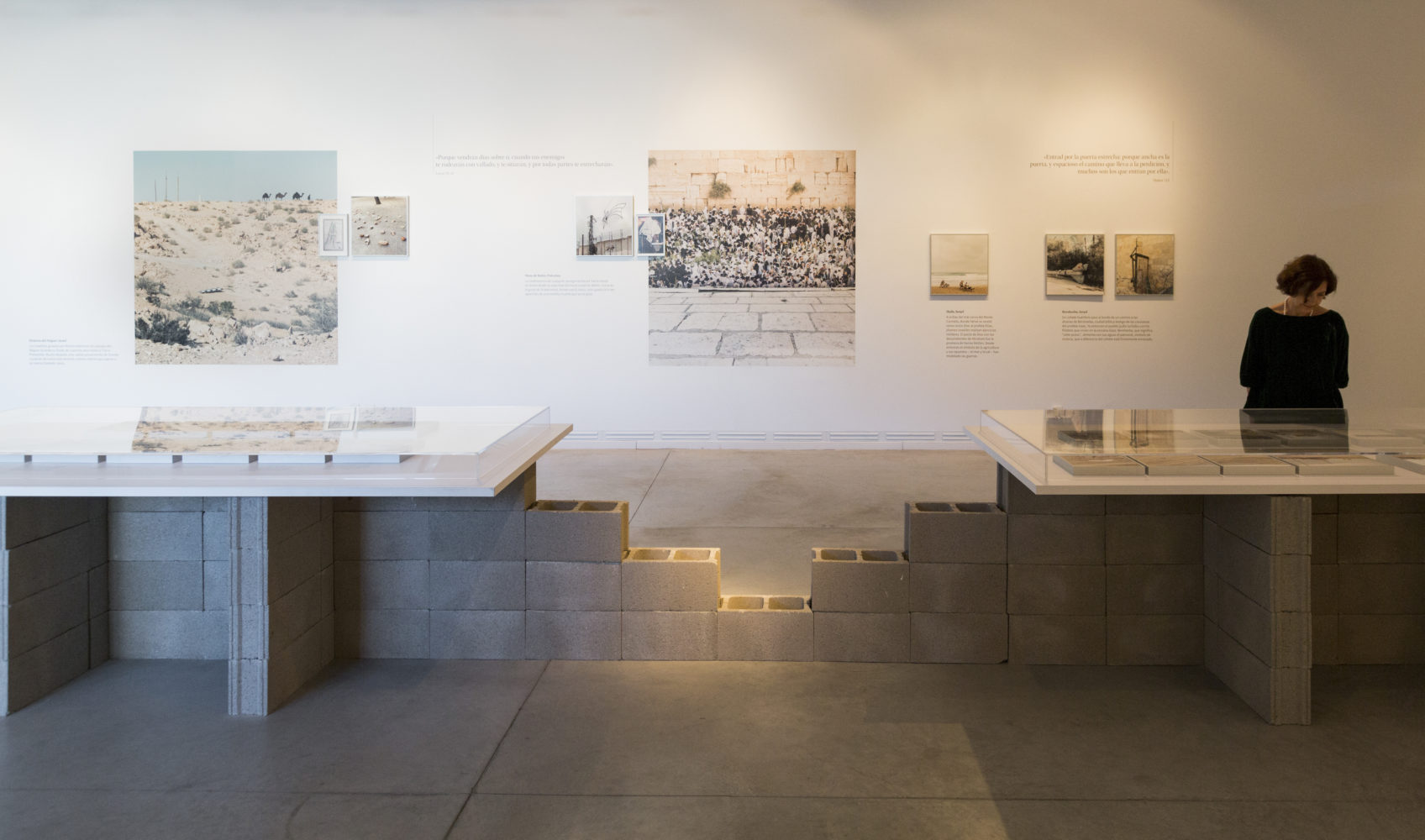 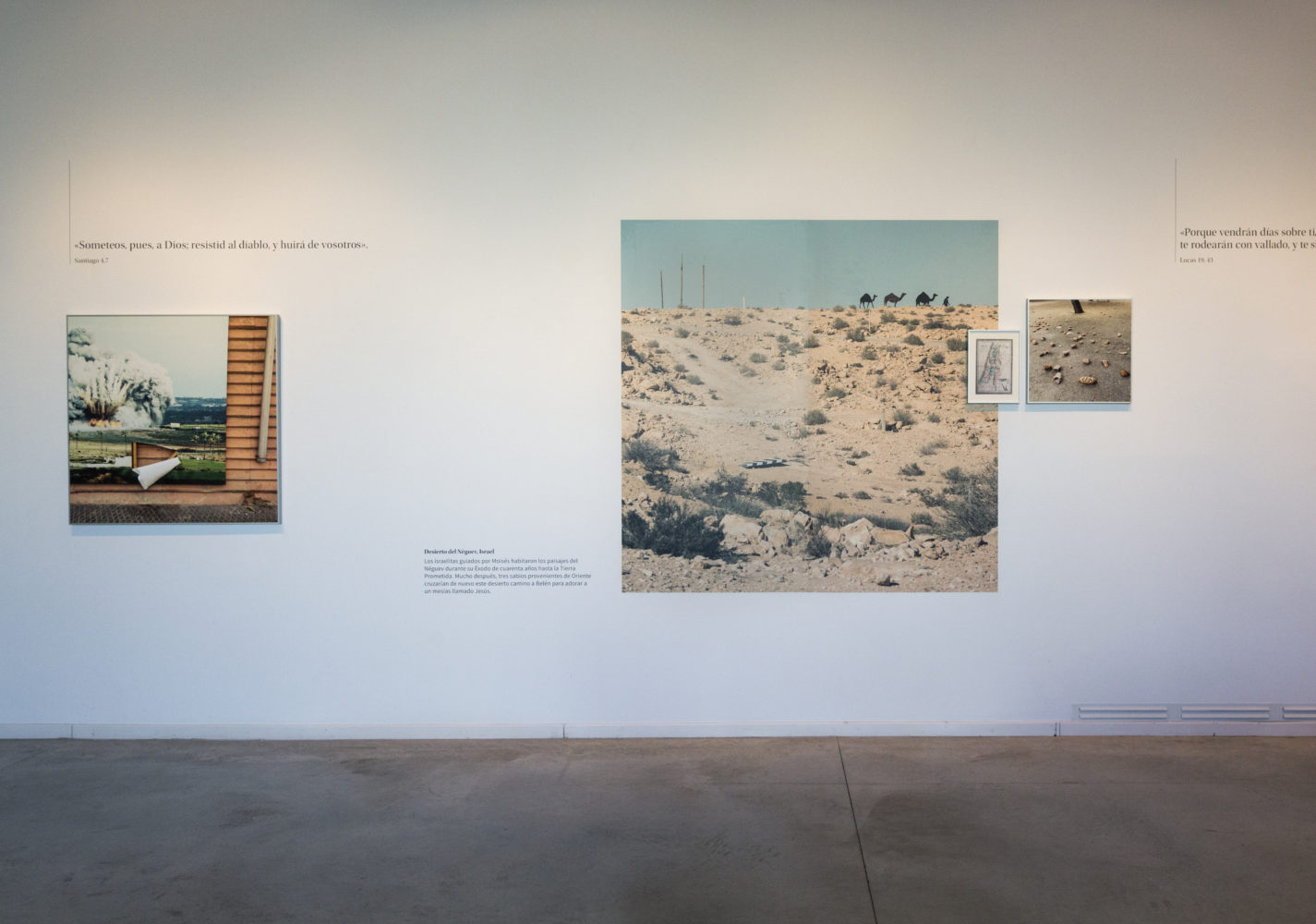 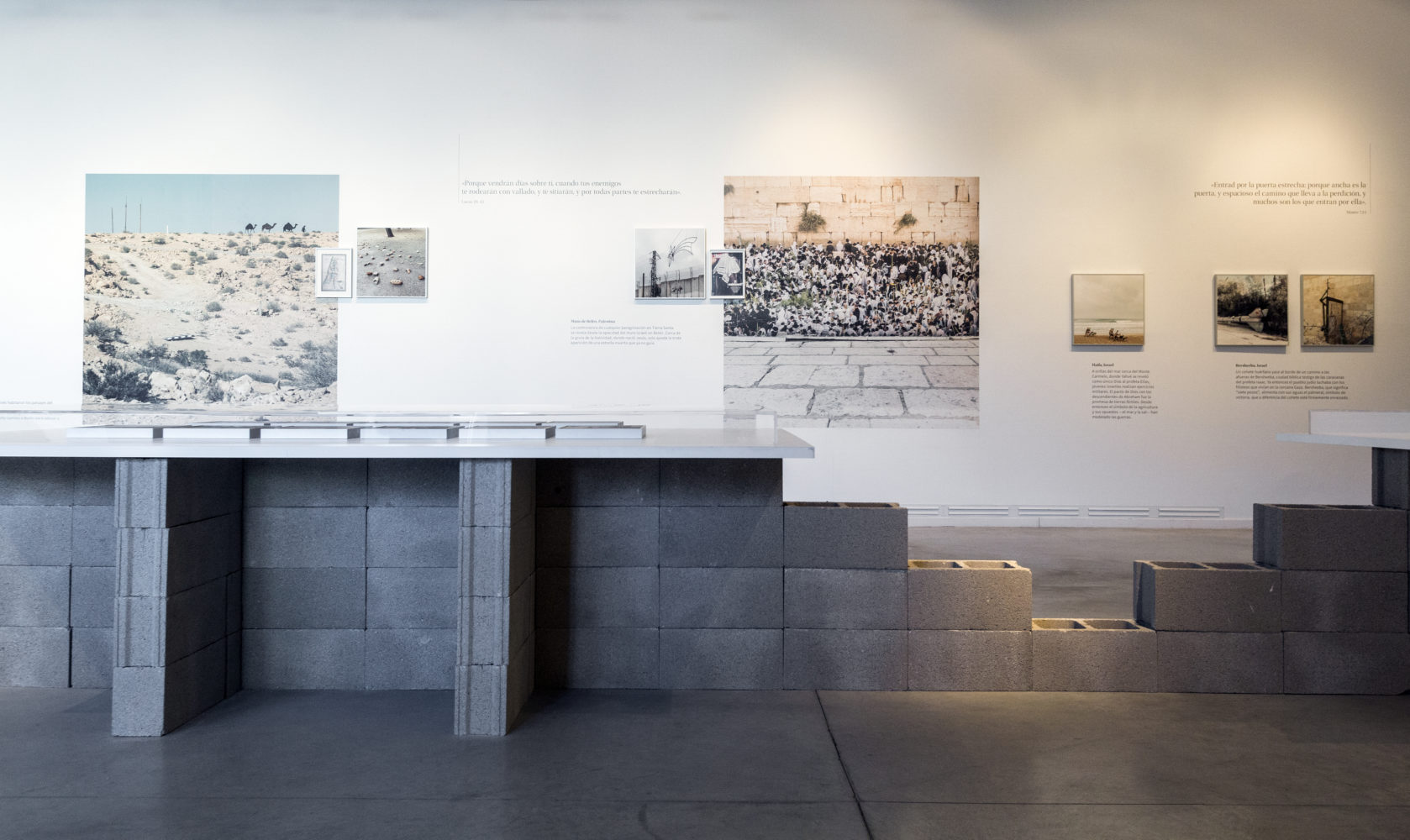 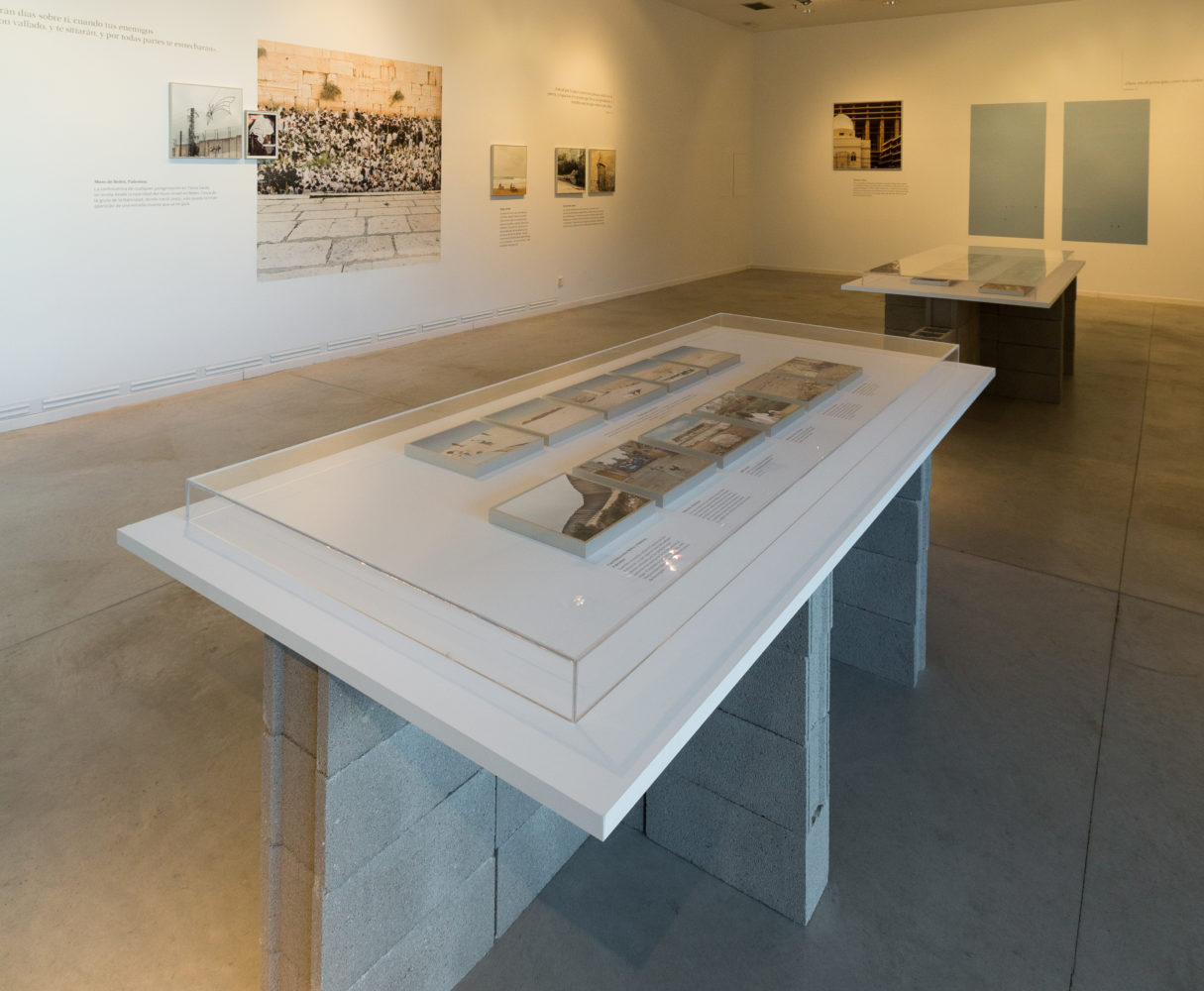 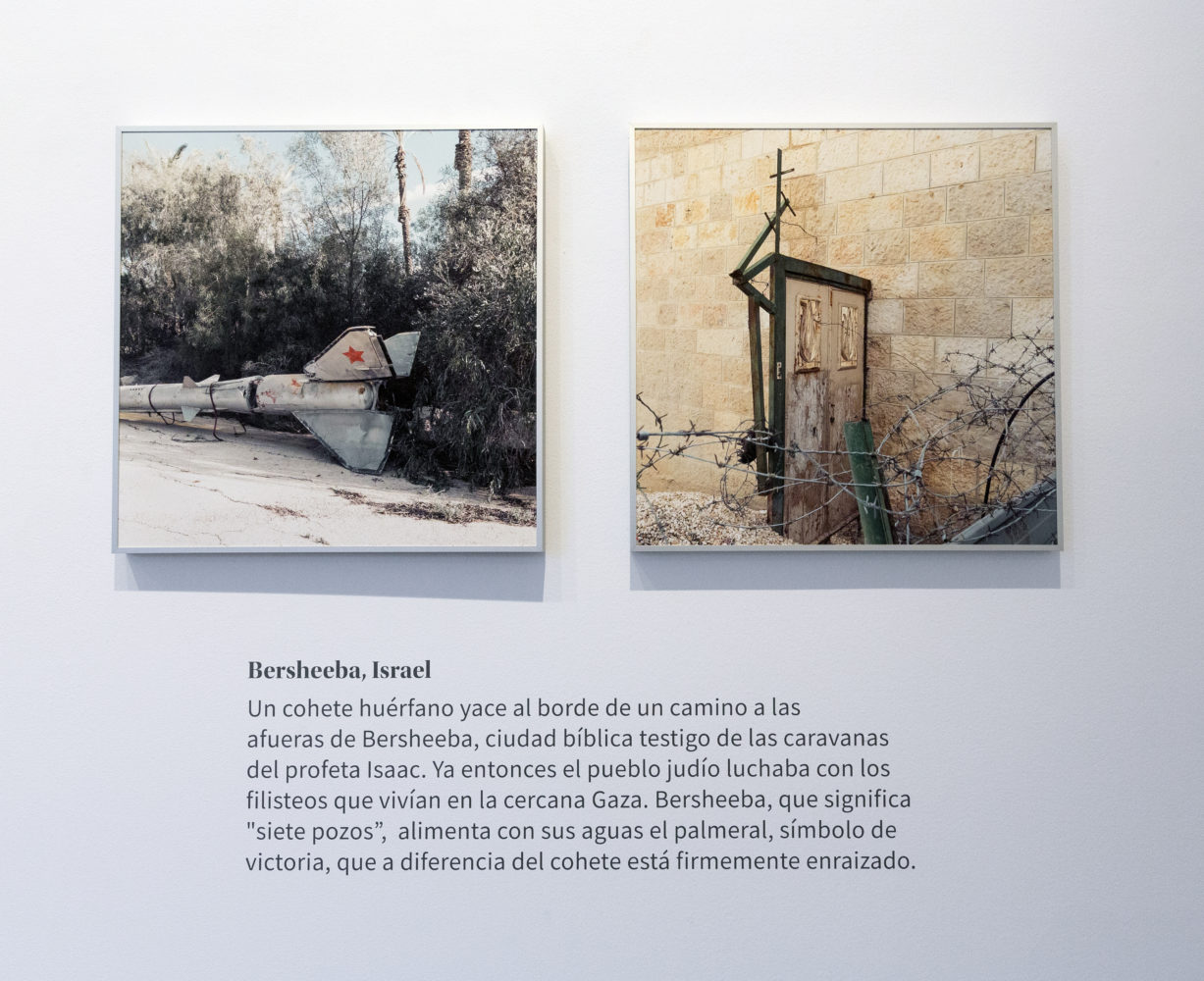 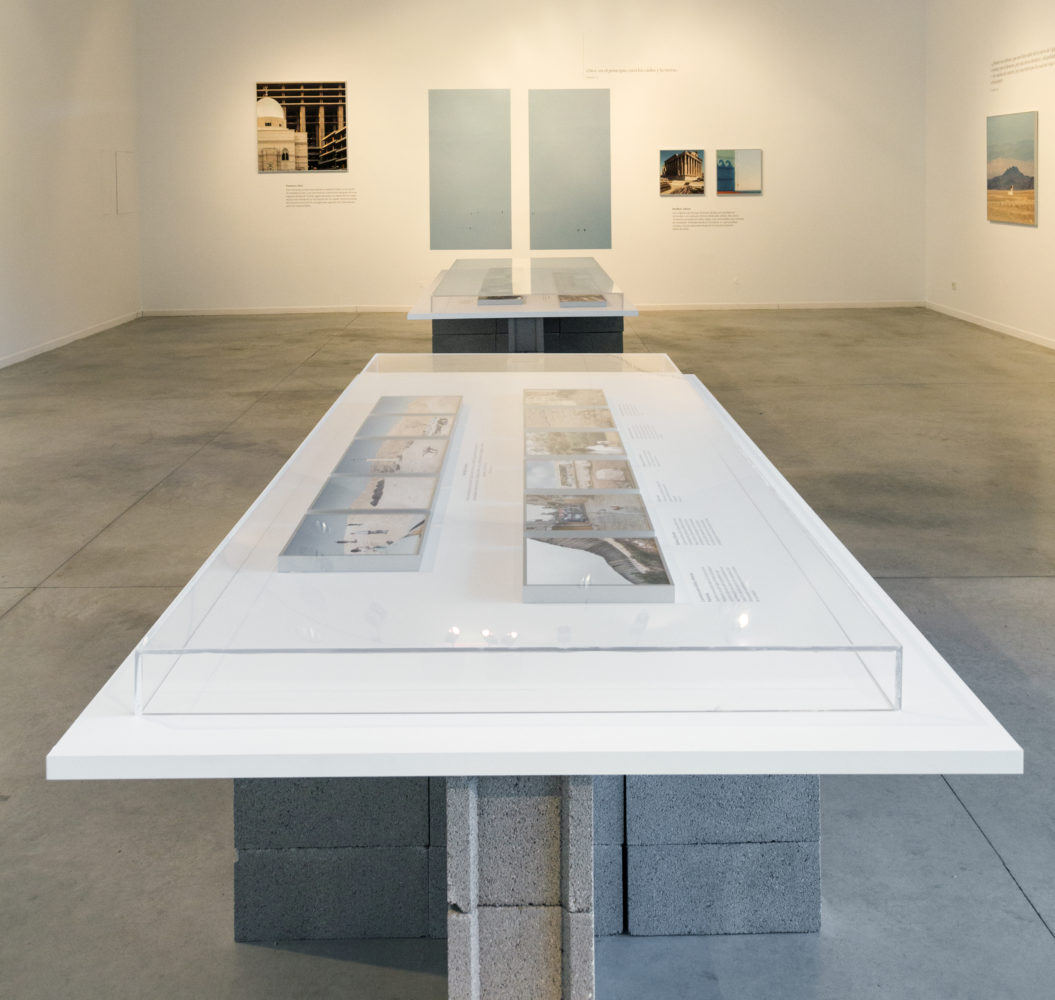 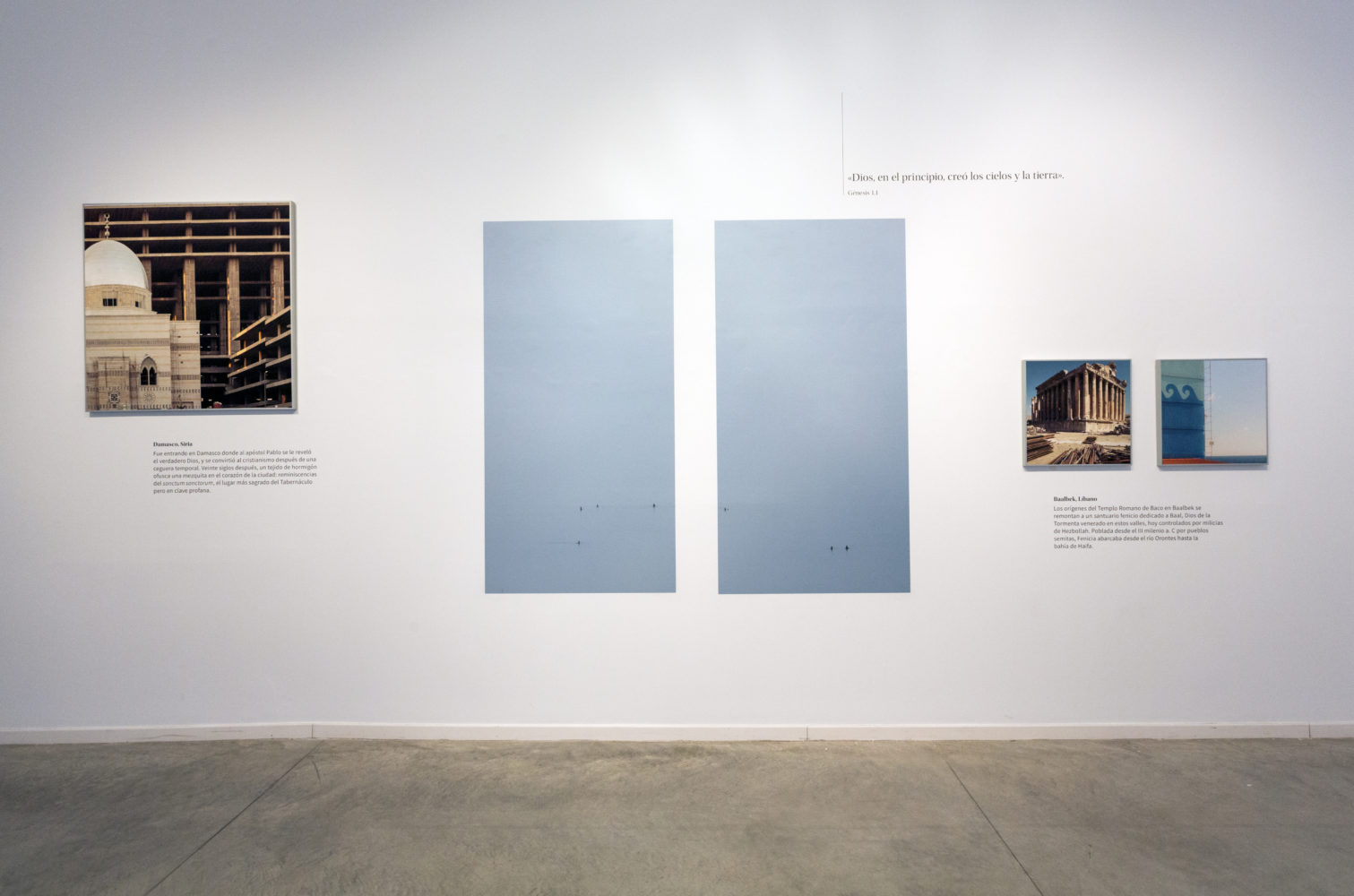 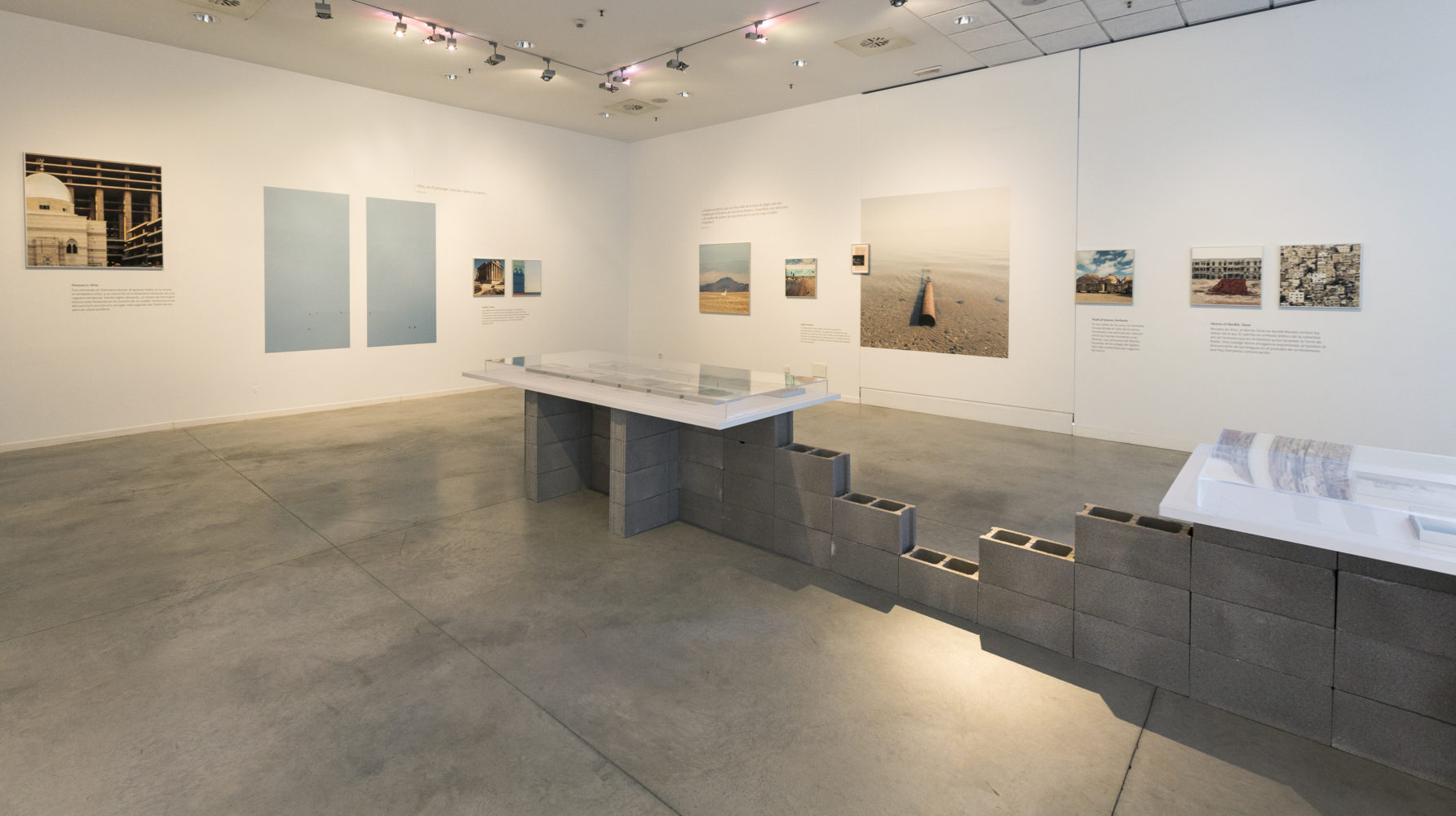 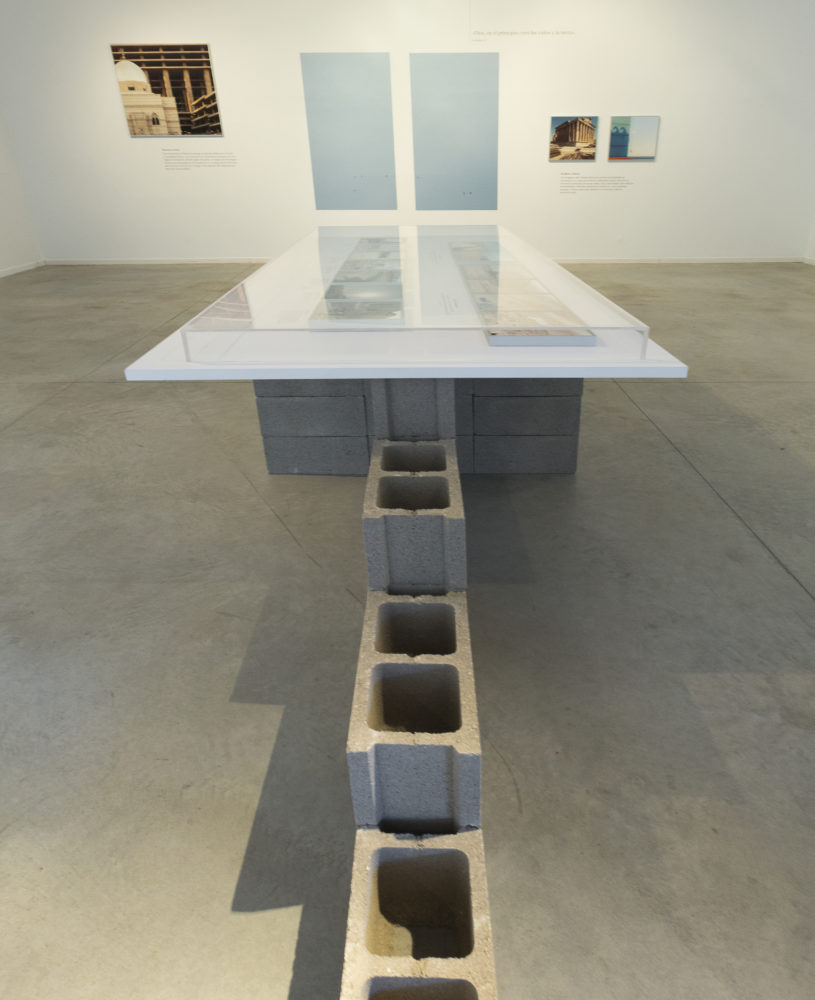 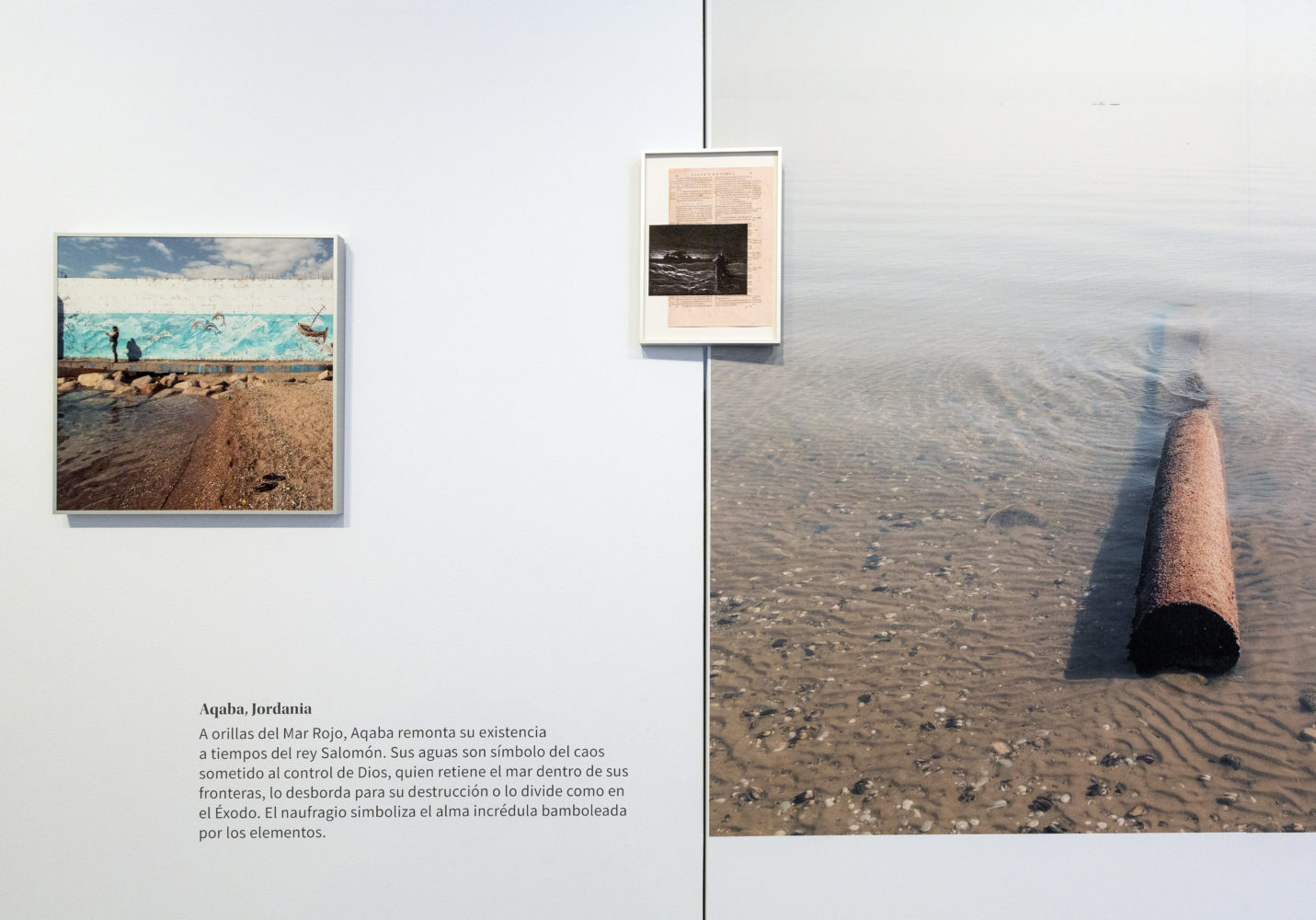 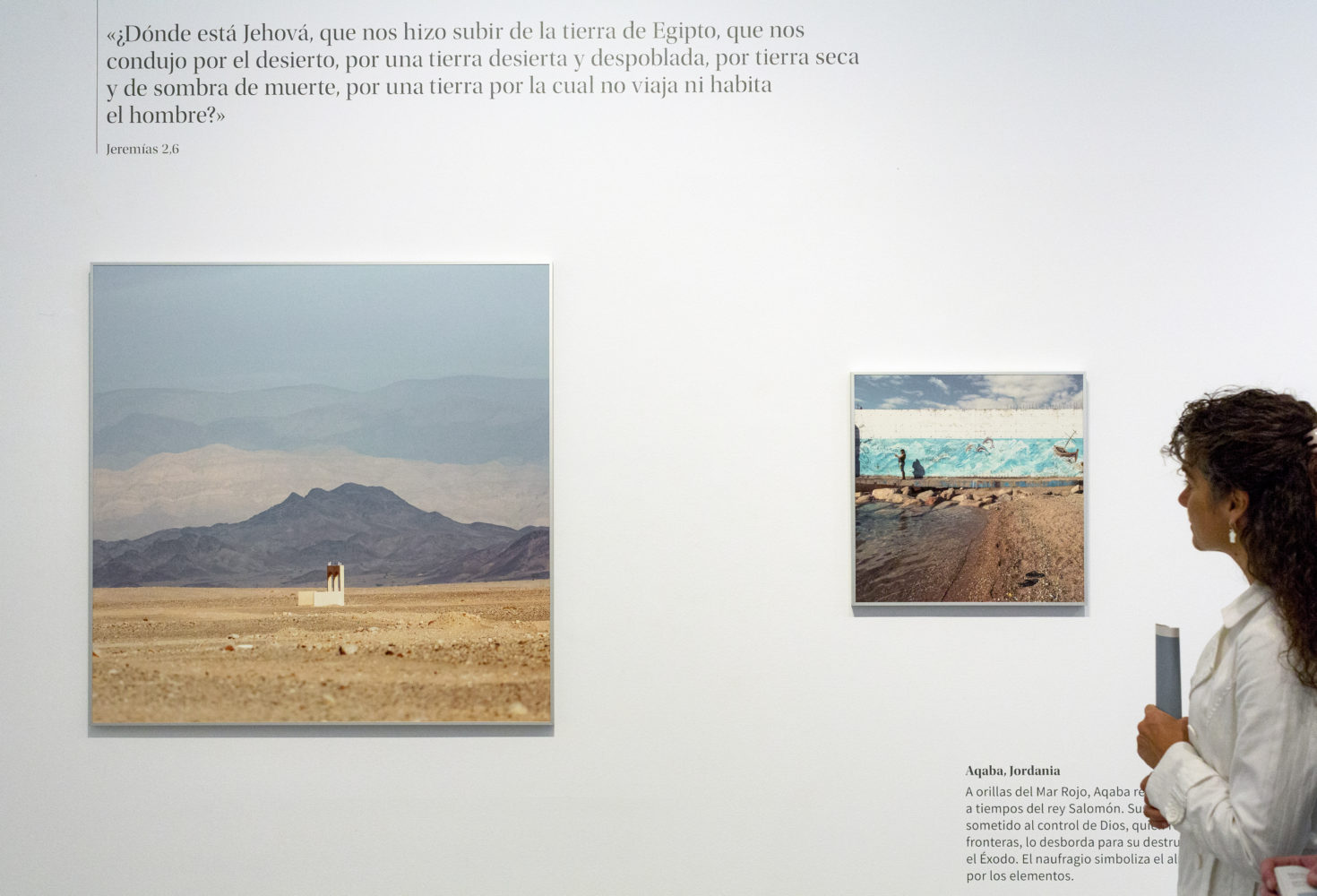 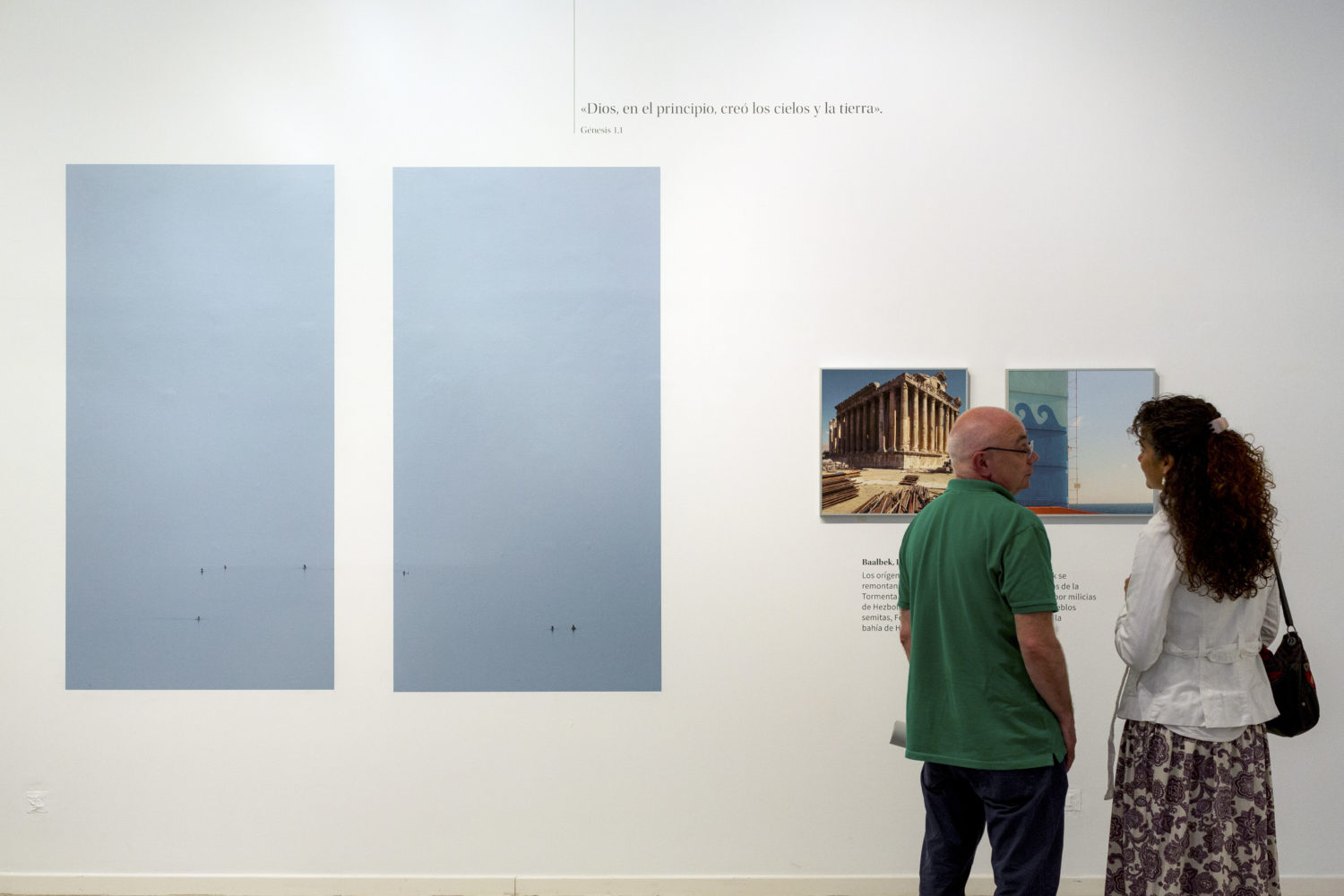 HaAretz provides a record against oblivion of the lands and towns described in the Bible amidst a globalized world of consumerism, hyper technicality, mass tourism and war devastation. Produced between 2010 and 2019 in the states that currently conform the main territories of Tierra Santa (Egypt, Jordan, Israel, Palestine, Lebanon, and Syria), the project has been conceived with the aim to document the locations of some of the most celebrated events of the Sacred Scripts: among them, “Genesis”, “Exodus”, “The Lives of the Prophets”, as well as the birth, miracles and passions of Jesus of Nazareth.

Named “HaAretz HaMuvtahat” after the Aramaic language that was supposedly spoken by Jesus Christ, the “Promised Land” serves here as the background of a reality irreversibly mediated by the camera lens. From the Nile to Jordan River, from the Dead Sea to the lake of Tiberias, and from Jerusalem to Damascus, these religious places exist as merchandised spaces of leisure. Within a globalized world of consecrated frontiers, landscapes are consumed, and so are History and the past. The past is a fossil embedded on the geographic, social and cultural skin of these lands. What persists is the totalitarian veneration of its supposed historicity, ethnicity and monumentality. By excluding any alternative reading, it casts its shadow on landscapes and the destiny of inhabitants, and spreads amnesia ruthlessly. Amidst these desolated territories, the pilgrims of the past, turned into today’s tourists, follow with determination the paths to Calvary which are currently degenerated as recreational tours.

Preserving with his gaze a necessary distance, Roger Grasas registers the abysm produced by chimerical illusions and dehistoricization. Various of his shots are accentuated by elements that literally block the view —walls, fortifications, checkpoints. Others unearth the glories of souvenir folklore and the palpitating dissonance between mundaneness and spirituality, peace and violence, silence and pronounced absences. All of them capture the failed spirituality of these places. For their part, the artificially assembled sequences expose, in an eloquent way, the rupture and trauma inherent in a landscape that, over the centuries, has been nothing but a conflict zone.

In these areas, the delusion of a consented vision is irremediably refuted. There hardly exists anything that could suggest the possibility of a miracle: God is to be found neither on Sinai, nor in the ritual of Baptism nor on the Mount of Olives. Human presence remains delimitated in the areas of touristic and religious routes. The rest has turned into an arid and hostile no man’s land, where obsolete beliefs keep on instigating an unending confrontation between communities, cultures and human souls.